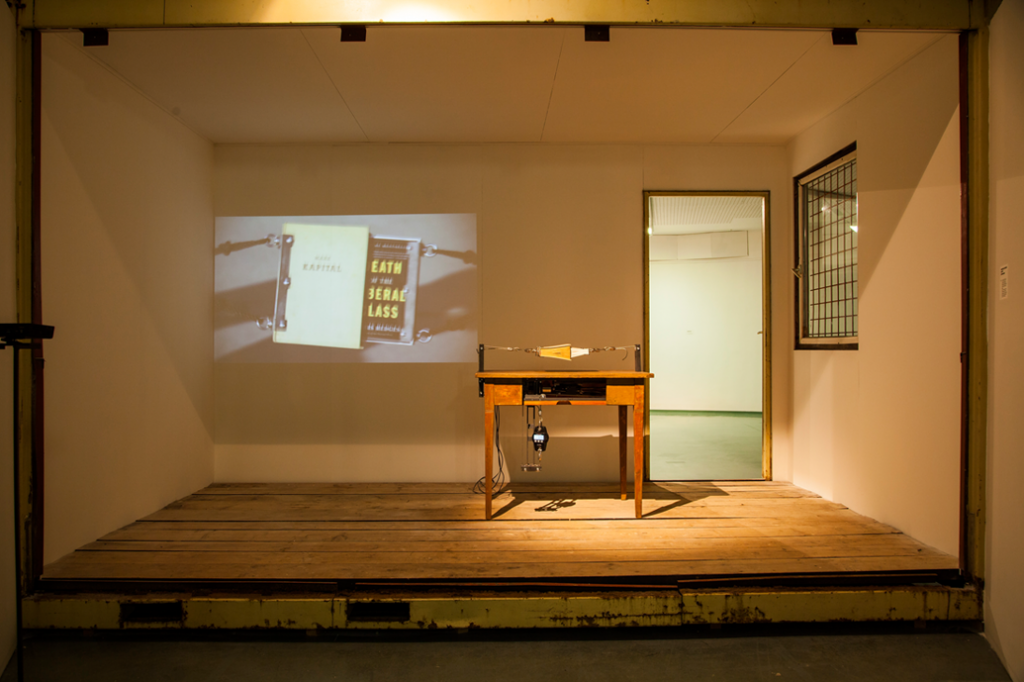 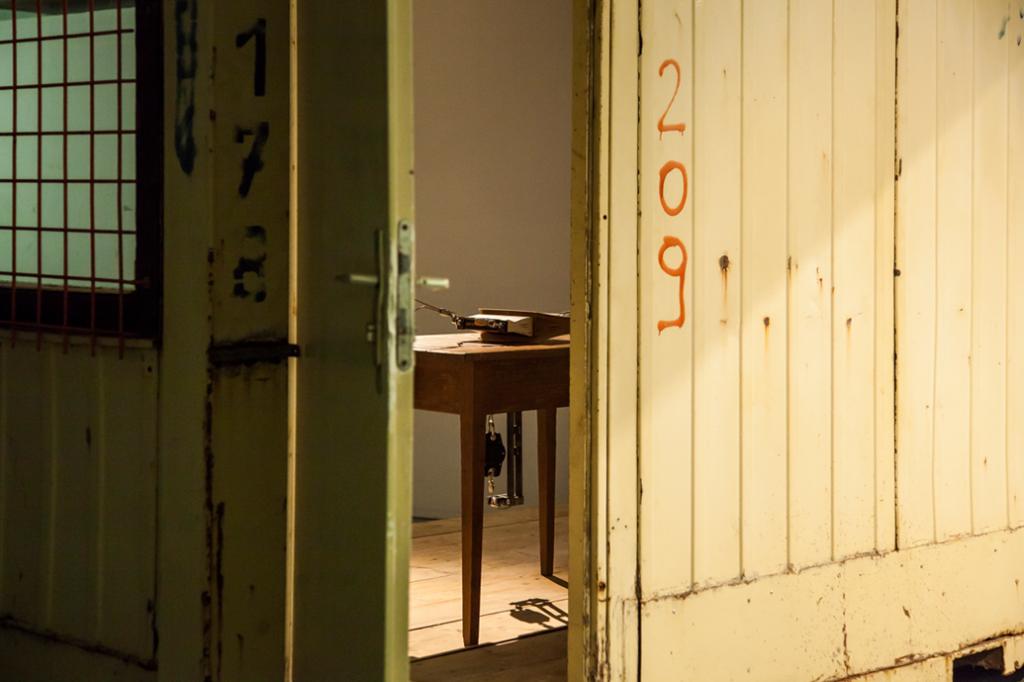 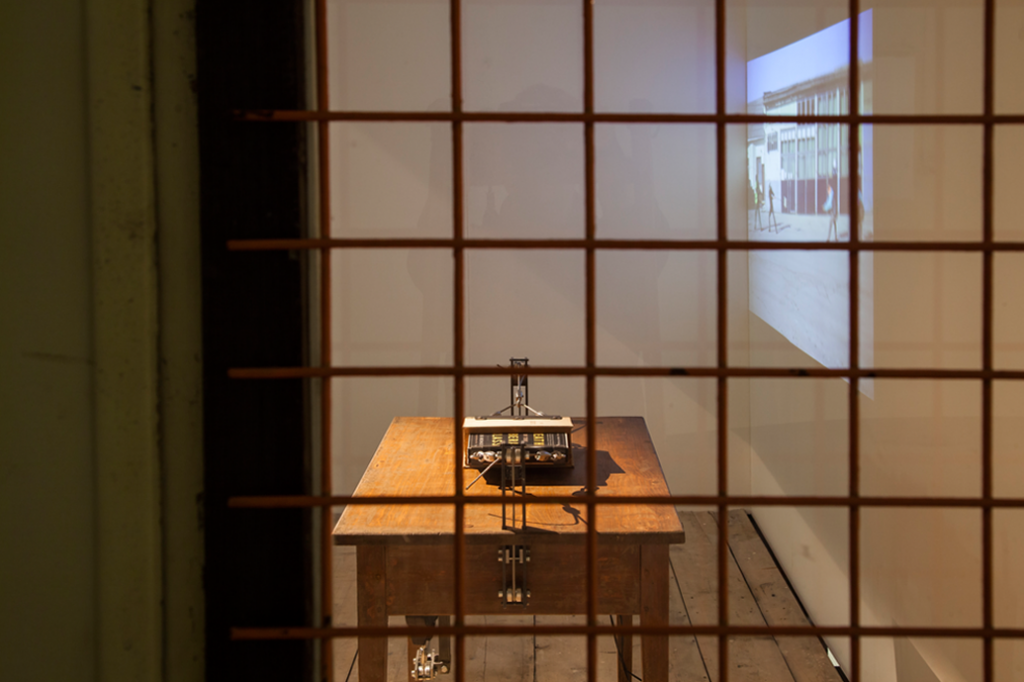 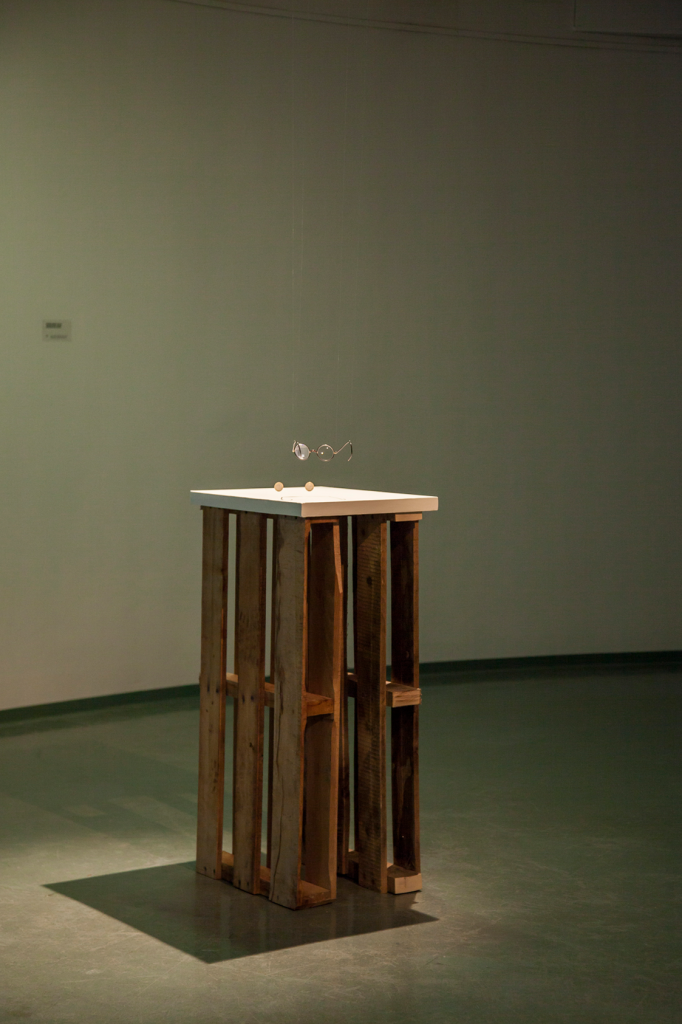 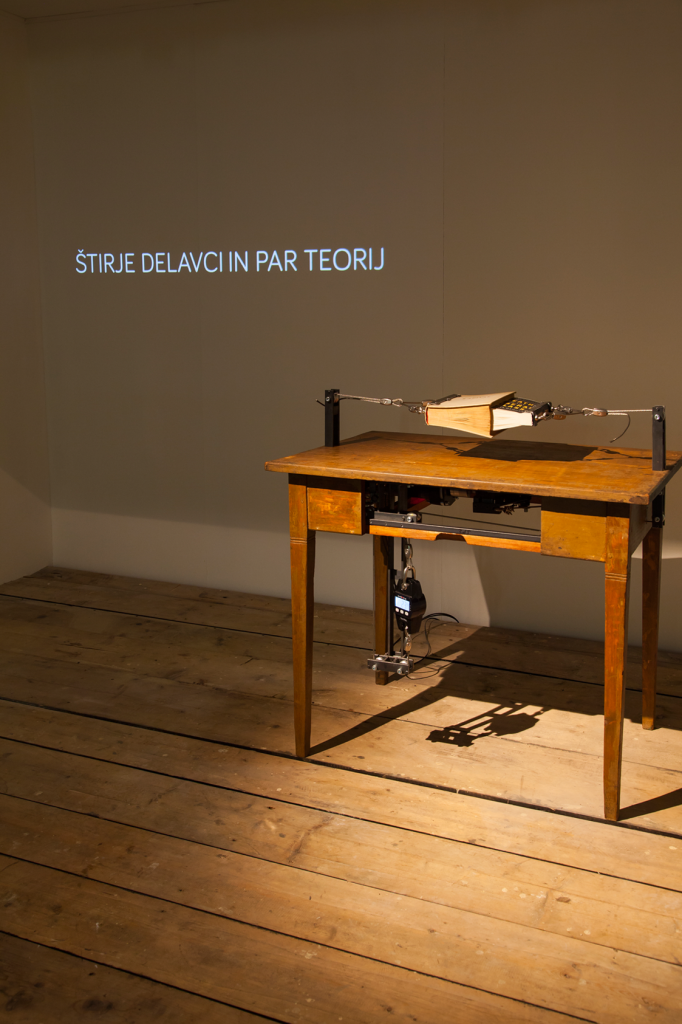 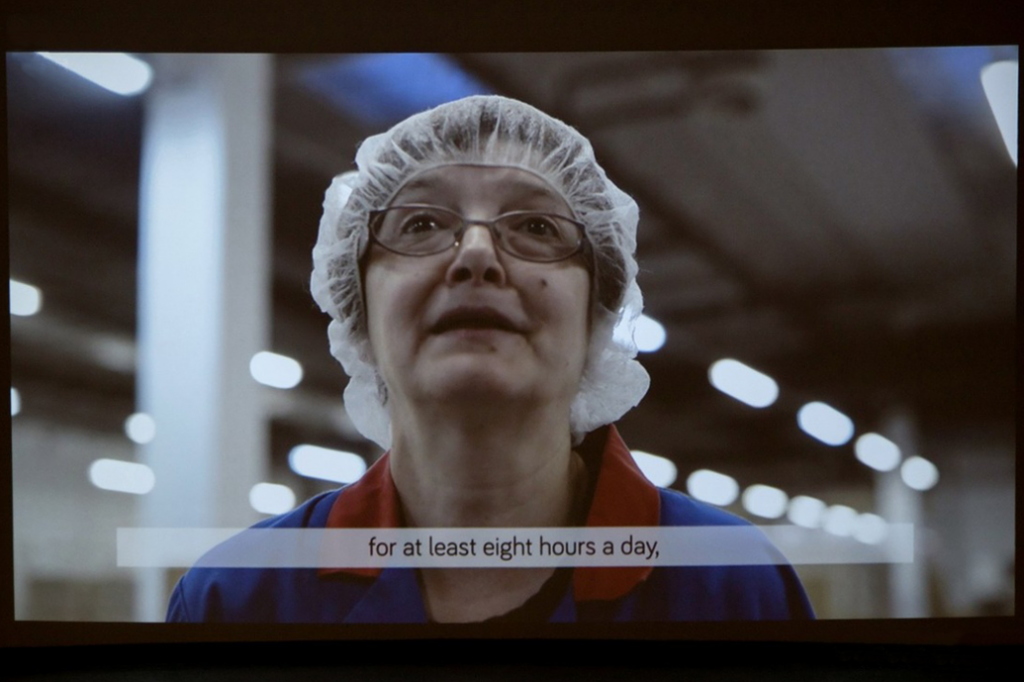 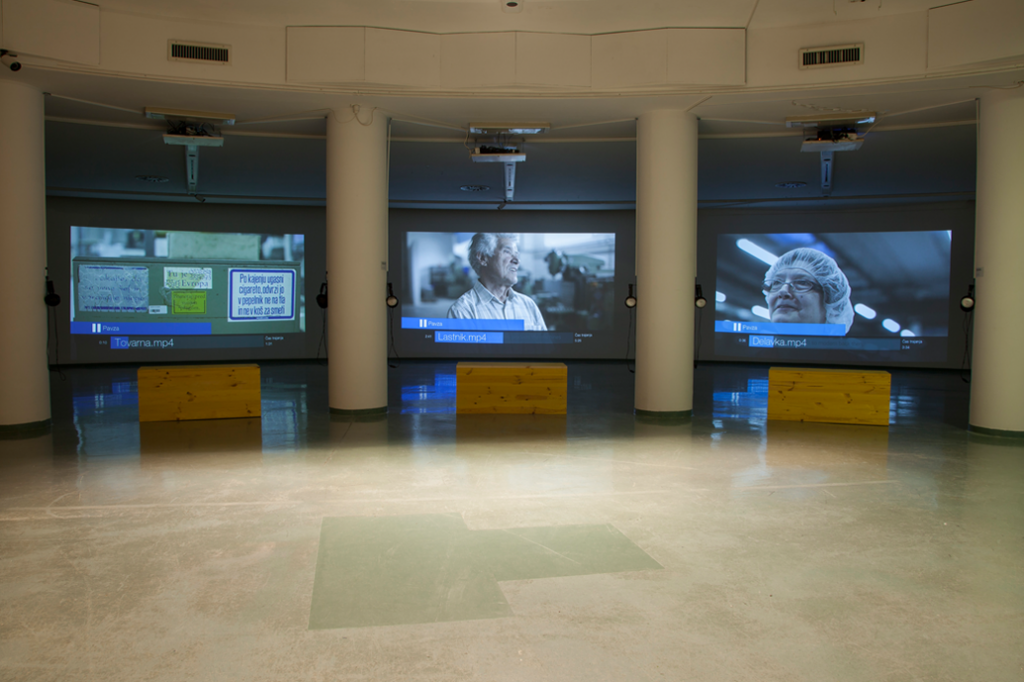 The Song of Machines in a Manufacturing Plant

The exhibition that Sanela Jahić, 2010 year’s laureate of Pixxelpoint, is currently putting on for the show room of the Municipal Gallery of Nova Gorica slips effortlessly into the very centre of her past work. I dare to say that all the themes and techniques that have and will continue to characterise her work and artistic practice have blended and are being expressed in a single outburst. With her current exhibition in Nova Gorica, pictures have been (temporarily) removed from her production. There are only brief glimpses through kaleidoscopic glasses recalling fugitive images. The image of a multiplied mass of coins opens up the possibility to enter a mesh of dialogues stretched between the following poles: machine, work, worker, owner and c/Capital.

Sanela Jahić has decided to focus on manufacturing. Part of the research and some of the exhibits for I AM SPENDING MY CAPITAL have been created in the peculiar environment of local manufacturing plants. Thus, the process of artistic creation was entwined with the processes of industrial production. The artist has established an idiosyncratic dialogue between art and manufacturing. She was allowed into the very heart of production plants with the permission of the Owner, who thus let the workers be heard at all.

The research has disclosed man’s relation with machines and his submission to the question of power, which is manifested in our civilisation through property. While some people are served by machines, others serve them. The former are convinced that they control machines and that the relation is a safe and even a loving one. Workers, on the other hand, have assimilated the ideology that conceals the real nature of their state and have become what they are required to do. Being weaker than their humming partners, they know that their survival depends on positive energy: “We have been created for eight hours of work per day.” The machine is the Other in this binary relationship. The machine does not sense the daily eight-hour offering and does not care for effort, feelings or commitment to excellence. Nonetheless, it apportions the hours of its owners’ and workers’ lives by humming or shrilling in the background of a production room as if constantly calling to work. It evokes feelings of inferiority or superiority, power or subordination, and even finer emotions, such as affection, dependency, love, beauty, dreaming or resignation, deference and sacrifice.

Statistical analysis, political discourse or even concrete action cannot grasp the depths of the relation between man and machine in the production environment. Only Art is able to fathom it. A worker in Sanela’s video is struggling to cover up the reality that continues to emerge from her statements, gestures and glances: “At least, we are healthy!” The Owner, on the contrary, loves his machines. The calm on holidays, when machines do not operate, reminds of mother. The machine has very clear view of the world, but it does not recognise its role in it.

A machine is unable to distinguish between Marx’s Capital and Chris Hedges’s The Death of the Liberal Class, in spite of working with the power of the four men it replaced. “The capitalist fights for his profit, the worker for his health, for a few hours of daily rest, to be able to engage in other human activities as well, besides working, sleeping and eating.” wrote Engels in 1868 in one of his reviews of Marx’s Capital. The Workers’ and the Owners’ goals are incompatible. Death of the Liberal Class talks about the failure to stand up to the corporate state and weather the consequences of a bankrupted liberal system and paints a gloomy picture of our future, if we fail to stir up a revolt of all those, who do not want to yield to subjection.

The power of the machine tightens and eases the tension between books that are so strongly bound together by the simple physical factors of weight and friction that three Workers and one Owner are unable to unbind. The words of two are standing up to the machine that has replaced four. The cold aesthetics of reality, the noise and the power of the machine generate anxiety in the observer. Reality suddenly strikes through a strong and yet extremely clear and precise aesthetic experience. A container home in the gallery constitutes another statement that amplifies the artistic experience of reality revealed by Sanela’s exhibition that gives us the opportunity of feeling and reflecting on the true relation between man and machine in the production process. The relation is another reflection of the society we live in, a society woven out of human relations. Will we ever achieve the Owner’s genuine love towards the machines and be able to see our future in them? Will we ever be allowed to enjoy the Song of the Machines?